Play as a nonstop knight, explore the deepest depths of a vast underground world to find your own way to knighthood!

Download APK
0/5 No votes
Report
Developer
shimmer gamesVersion
1.1.046
Updated
February 24, 2021Requirements
4.4 and up
Size
Varies with deviceGet it on

Solo Knight – The only role-playing and action game in the style of Idle and hobby game developed by the Chinese studio shimmer games and released for free.  Solo Knight game is made with a simple and special idea. This game is a role-based and action title, the style and context of which is slightly different from similar games. There are very special features in this game, but of course, not all of them can be considered very excellent and positive points! For example, every time you run a game, you have to start from scratch, and that means there is no news of saving your process in the game! Another strange feature of the game is that there is no menu or settings or even an exit button. Of course, this may be because the game has been released on a trial basis. Future versions of Solo Knight may have some major differences. However, it should be noted that Knight  is a hobby and a record-breaking title just because of these issues. In this game you are in the role of a knight who starts the battle from the zero point! He has no weapons at the beginning of the game. But as soon as he destroys some enemies, he is given the first weapon, which is a bow. The game starts from this moment and you have to follow the game with one goal, which is to upgrade the level of this knight.

In the game Solo Knight – The gameplay is automatic (Idle), you are actually only responsible for managing and upgrading the game character. Although you can steer the character of the game by tapping on different points, but as soon as you stop for a second, he will automatically move in the direction he should go. Your only direct action in battles is to change the knight’s weapons as well as use special forces that are activated every few seconds. But the fact that the game itself automatically follows the process does not mean that you have no role in it! Choosing weapons and using special forces in a timely manner are your two main tasks to progress. The basis of game designs is generally humorous and fantasy. Therefore, there is no special violence in this game. Your enemies are funny creatures that attack you and are often destroyed with one blow. By destroying enemies and collecting their coins, you can buy better weapons, armor, special skills and the like. The game is graphically designed in two and a half dimensions. The whole map is completely dark except for the point where you are standing, and it lights up when you move to any point. Therefore, if you encounter a huge wave of enemies, it is better to bring your knight back a little so that he is not surrounded. Allmoddedapk invites you to download this beautiful game in two versions, normal and mod.

Note:  In the first moment of running the game to load some information requires the Internet. After entering the main section, you can disconnect your internet.

Add feedback collection,you can get 200 gems by submit feedback or share comments after reaching 24 levels
Add T11-T12 shards refresh function
Support using other music player to play music in the background while playing
Optimize the positions of fire path and ice path effects
Fix some skills would be interrupted when attacking bee,such as King's Beard Bow and Spell Wand
Fix the bug that when knocked back, the attachment status created by the Attach Shoes will be interrupted
Fix other bugs 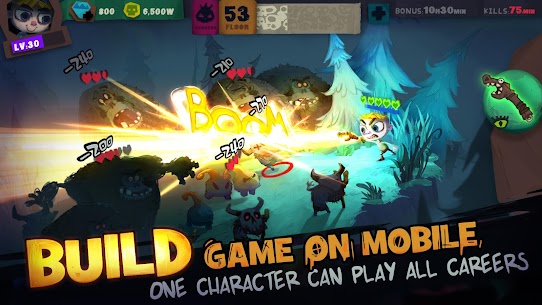 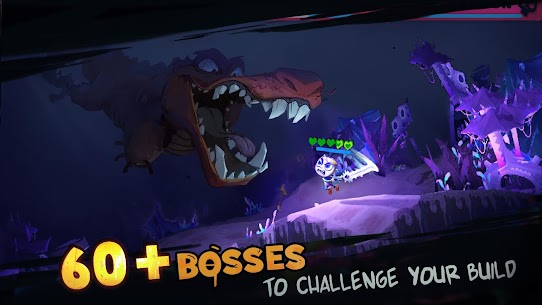 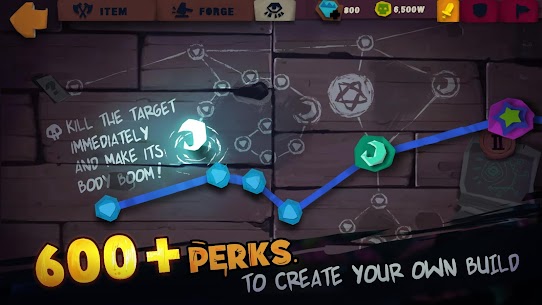 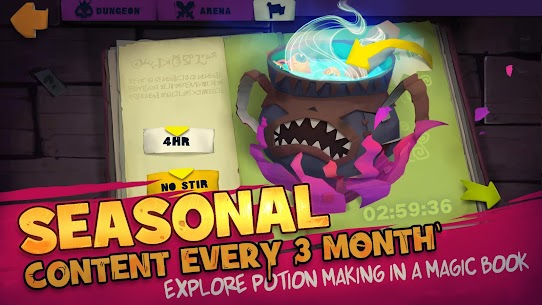 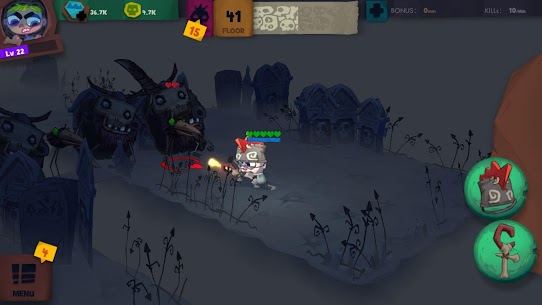